Banned from W3C Restricted Media mail list for being critic with EME & DRM on HTML5. I love to be on the first line of fire... >:-D
Publicado por Unknown en 17:46 No hay comentarios:

And the winner is...

Two days late, but my mobile internet got down this weekend.

Just to say that ShareIt! has achieved the second position on the general category (first one was for Lynckia, that was using WebRTC too, by the way) and has won the Most Innovative Project category of the VII spanish national Free Software Universitary Championship 2013.

One of the reasons why I though it would be cool to develop a P2P application inside the browser was that it could run everywhere there was a browser, without needing to install nor configure anything, just open a web page et voila! It was working. That's one of the reasons why some time ago I started to add some integration and responsive design to allow ShareIt! to work on mobile phones browsers and limited resources ones, not only natively but also as a "remote control" for a Node.js-based client, and it was fairly simple to modify the architecture and split the different components to make it possible, and also based on this architecture ShareIt! core could fully work inside a SharedWorker and being independent from the user interface (unluckily PeerConnections are not able to work inside Workers at this moment, but that's another story...). Problem was, I didn't have a mobile browsers modern enough to test it (also using WebSockets and my DataChannels-polyfill... mobile browser s*cks).

But now I have a Galaxy Note II, and can be able to run Chrome4Android for it :-) Since lately I was able to make ShareIt! work using native DataChannels, it was the perfect moment to give the mobile interface a new opportunity, and after some tune-ups on it, now I can say that ShareIt! is the first P2P application that can run on a mobile phone (and not just a proof-of-concept like the bittorrent port running on the Nokia S60 Python port... ;-) ). It need some improvements on usability and functionality (at this moment Chrome4Android doesn't support to share folders), but definitely it's almost as intuitively to use as the desktop version, and open new horizonts about what usages are possible with the WebRTC technology :-)

And if you are thinking about it... yes, DataChannels + reliable library are stable enough to be used on production, although is really slow (at least for me). I'm thinking about a solution for this like reducing packages size and wipe completely the need for reliable comunications, but I didn't take a final decision about this point...
Publicado por Unknown en 3:00 No hay comentarios:

Remember my last post where I told would kill DataChannel-polyfill and work since now on native DataChannels because I got too much behind with them? Well... 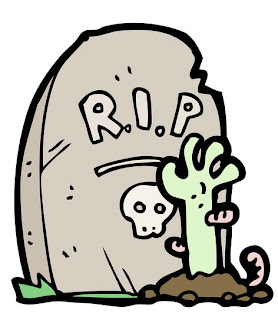 Since the last post I have been thinking almost obsesively with the problem of needing a deprecated browser version just because of using my DataChannel-polyfill using WebSockets, and not working in latest versions with native support for DataChannels (that, by the way, sucks). So taking in account that the DataChannel-polyfill test code works with native ones I conclude that it would be just a problem on ShareIt! side not being fully compliant, so I went straight to it, removed all references to my polyfill and started again over with the handshake and PeerConnections layer from scratch, fixing one bug at a time.

And finally, after just some hours of work (instead of several days as I thought), it worked :-)

I must to admit that it's not the best implementation ever (I still ask my self why the h*ll is required to exchange some 'candidate' messages between the peers) and also it only support to transfer files and data up to 1Kb until they implement native reliable support (or I use reliable library, whatever comes first... :-) ), but the fact is that this almost mystical sensation after seen this thing working and with so few work (just some little tune-ups on the code thanks to the fact I develop DataChannel-polyfill trying to mimic the original specification API) it's really awesome :-D

So, not only I have experimental native DataChannels support on ShareIt! (F*ck yeah!!!!! :-D) but also being so little the diferences I've decided not only don't kill DataChannel-polyfill, but also try to improve it now that I know how native DataChannels work (and being so easy to use :-) ) and think about how to make a backward compatible API so older browsers could talk with newer ones :-)

But don't get me wrong little friends, the most important part of this post, if it was not clearly noticed yet, is the fact that now we don't need servers at all, being fully decentralized and serverless :-D Combine this with the Holy Grail of Internet that almost can bring us the HandshakeManager and the handshake servers, and wonder what an awesome future is waiting us... :-D
Publicado por Unknown en 15:02 No hay comentarios: